On October 8th, 2022, Ye –formally known as Kanye West– tweeted, “I’m a bit sleepy tonight but when I wake up I am going defcon 3 on JEWISH PEOPLE…You guys have toyed with me and tried to black ball anyone whoever opposes your agenda”.

Now as the month comes to a close, and ‘Ye’ has doubled, even 10xd his use of antisemitic tropes, he is starting to face consequences. Last week, he lost deals/partnerships with CAA, MRC, Balenciaga, Adidas, and even Camille Vasquez, the attorney best known for representing Johnny Depp, cut ties with the seemingly troubled artist.

The brilliance of the Jewish Conspiracy is that it is so malleable, flexible, and reliable for those that spew hate in order to mobilize people to their agendas.

Kanye West is not the enemy of the Jewish people. He appears troubled to me, and I hope he will seek help. It’s the notion that there is seemingly a playbook that leaders and influencers have read from for thousands of years to galvanize the majority at the cost of Jewish lives that is the bigger issue.

Jewish people make up .02% of the world’s population. Having been eradicated from most of the countries we declared home and making up such a small portion of the population, it is plausible that you have never met a Jew. So how can I convince you that we are not at the center of some mastermind plot, pulling the strings, and controlling your livelihood? It is a tough challenge, but let me start by telling you about some Jewish people that I know very well: my family…

On my mother’s side, my grandparents Harry and Eva Kostre were both born in Poland from humble origins. My bubbie Eva’s father was a small town Kosher butcher, and my poppy, Harry, had a middle-class urban upbringing. Before my grandparents would have had time to ruminate on what the future might have in store for them, they were forced from their homes and moved to Auschwitz, where they were sure to face certain death.

By what could be described as a miracle, both of my grandparents survived the death camps and eventually settled down in Brooklyn, New York. However, their families and friends did not survive. My grandparents’ possessions no longer belonged to them, nor did they have a penny to their name. They came to the United States with nothing but the values instilled in them for generations. To make a living, Harry sewed and made hats in what we would today call a sweatshop. Eva helped make ends meet by picking up odd jobs, such as making matzah on the holidays. My grandparents eventually scraped up enough money together to purchase a one multifamily home that led to additional income.

On my father’s side, my grandparents Molly and Sidney Kraus were born to immigrants in New York. They grew up in the depression era and it was felt. After serving in the navy, as well as a short stint working in a belt factory, my Sidney spent his young adulthood driving a cab. Over time, he was able to put enough money away to start his own small business franchising Midas Repair shops. He moved his family to Baltimore where my grandmother stepped in to help manage the shops, eventually becoming a family business. My grandparents were a lot of things, few that fit into what we may consider the Jewish stereotype. They were survivors, immigrants, blue-collar, hard-working, and so much more. Their stories are unique to them, and still, they share strands of connection with so many other people’s life journeys, regardless of religion, culture, or country. If my grandparents share something in common with other Jewish stories, I believe it is strong family values that directly correlate to their ‘success’.

My grandparents on both sides worked with a vision to provide a better life for their children. The family was always prioritized first. Coming from humble beginnings, my grandparents did not benefit from any handouts, secret bags of gold, or any other Jewish manipulations one might imagine.

Perhaps to this point I have convinced you that my grandparents were not involved in any schemes to shape the World. There are 15 million other Jewish people on Earth though, possibly it is a different group of Jewish people that are pulling the strings.

The sad truth is that unfortunately, Jewish people are not only not in control, but we are under attack. According to the ADL, “antisemitic incidents tracked in the 2021 Audit of Antisemitic Incidents reached an all-time high of 2,717 in the United States last year – an average of more than seven incidents per day and a 34 percent increase year over year, including assaults, harassment, and vandalism.”

This number of antisemitic incidents spiked dramatically in 2017 and has remained steady. Does this mean that people became more antisemitic in 2017? I don’t believe that to be the case, however, antisemitic rhetoric has become more mainstream. Politicians will lean into anti-Semitic tropes if they believe it will fuel their base, and TV hosts will not shy away from hosting anti-Semitic rhetoric if they think it will increase their ratings.

After white supremacists marched in Charlottesville, Virginia chanting, “Jews will not replace us!” President Trump alluded to, “very fine people on both sides.” As well, following Ye’s tweet, instead of being met with massive condemnation, he was hosted by all parts of the political spectrum in Tucker Carlson, Chris Cuomo, Piers Morgan, and many more to expound on his thoughts.

With Elon Musk’s vision of creating a “common digital town square” early signs show that antisemitic activity will also continue to grow on Social Media. Tragically for Jews, town squares are where many of our ancestors have been massacred.

It is undeniable that with today’s ‘progress’, you cannot fully cancel a person or an idea. Hateful rhetoric seems to have a place to stay in our society. The best that we can do is to be outspoken. Our leaders must condemn hateful speech, our journalists must have more integrity, and everyday citizens must be open to different perspectives and willing to interact with more people outside of their bubbles.

So, again I will say that Jewish people are a rare breed. There are not many of us, and when times are tough, we make an excellent scapegoat for the world’s problems. I would encourage you though to learn more Jewish stories. You will find that Jewish people are not one thing. We come in many shades and have varying socioeconomic backgrounds. We cannot be identified by the actions of any singular Jewish person’s actions. We are not Larry David (although we love him), and we are not Bernie Madoff (although we loathe him). Albert Einstein is Jewish, but also maybe your mailman is.

Before you click Retweet on the next antisemitic rant you see, please consider more Jewish stories. 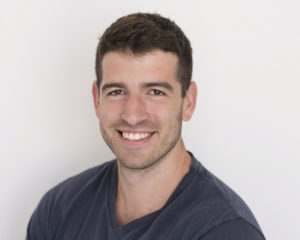 David Kraus is a husband, and father of two, born and raised in New Jersey, currently living In Israel and working in the technology industry.